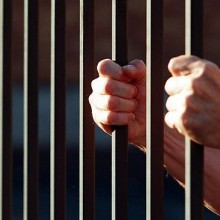 We live in a world of awesome progress in technology, scientific research, in computing power, and in communications technology. We can pick up the phone and in a matter of seconds be speaking with a person on the other side of the world. We send an email message to a friend or business associate in a country thousands of kilometres away and a reply can be sent back to us within moments. The world is connected more than anytime in human history. We are connected to the internet via our laptops or handheld devices more hours than we aren't and we can access information on any subject of our choice at lightning speed. A vast storage of information is at our finger tips. Planes fly faster and further, moving people from place to place in vastly increasing numbers.

In many countries, like Australia, the standard of living is quite high. We enjoy comfortable homes; we have efficient transport systems; we have plenty to eat and drink; most people have employment, and regular opportunities for leisure. However this is not the case for a large portion of humanity. Most people go to sleep with hunger gnawing at their stomachs. They have barely enough income to buy enough food to keep themselves and their families alive. Do you know that if you ate breakfast this morning you are better off than the 800 million people worldwide who will go hungry today. Every day tens of thousands of children die of starvation or disorders related to chronic malnutrition. And this is just one of our global concerns.

With all our wonderful progress, the world is perhaps in the biggest mess it has ever been in human history. We have more crime, more suffering, more disease, more discontent, more death, more hunger, more suicides, more broken homes, more unhappiness, than ever before.

Why? Because our world is held captive – held captive by a being who generates from his own personality, attitude and power -- contention, confusion, division, hostility, violence, destruction, war and death.

Revelation 12:9 states: "So the great dragon was cast out, that serpent of old, called the Devil and Satan, who deceives the whole world; he was cast to the earth, and his angels were cast out with him" (emphasis added).

For more information on this important annual Holy Day, please request a copy of our free booklet: God's Holy Day Plan: The Promise of Hope for All Mankind.

Is There Really a Devil?

The Bible reveals much about an unseen power that works behind the scenes, shaping our world to its will and agenda. Are you being taken in?
In this study guide you will discover the real source behind so many of the world's problems. Learn about the being who is determined to bend your thinking to his own. — "My kingdom is not of this world" (John 18:36). The answer to these questions lies in a series of little-known festivals revealed long ago in the world's best-selling book—the Bible. God doesn't leave us in the dark about the solution to our many seemingly unsolvable problems. He has given us the key to understanding—though most have ignored or lived in ignorance of it!

Lesson 5
Is There Hope for Human Survival?

The world changed forever in 1945. That year, with the detonations of atomic bombs over Hiroshima and Nagasaki, Japan, man for the first time demonstrated the frightening potential to destroy all human life. Since then our weapons have grown far more powerful and threatening. As we will see in this lesson, many of these threats to human survival play prominent roles in prophecies in the Bible.